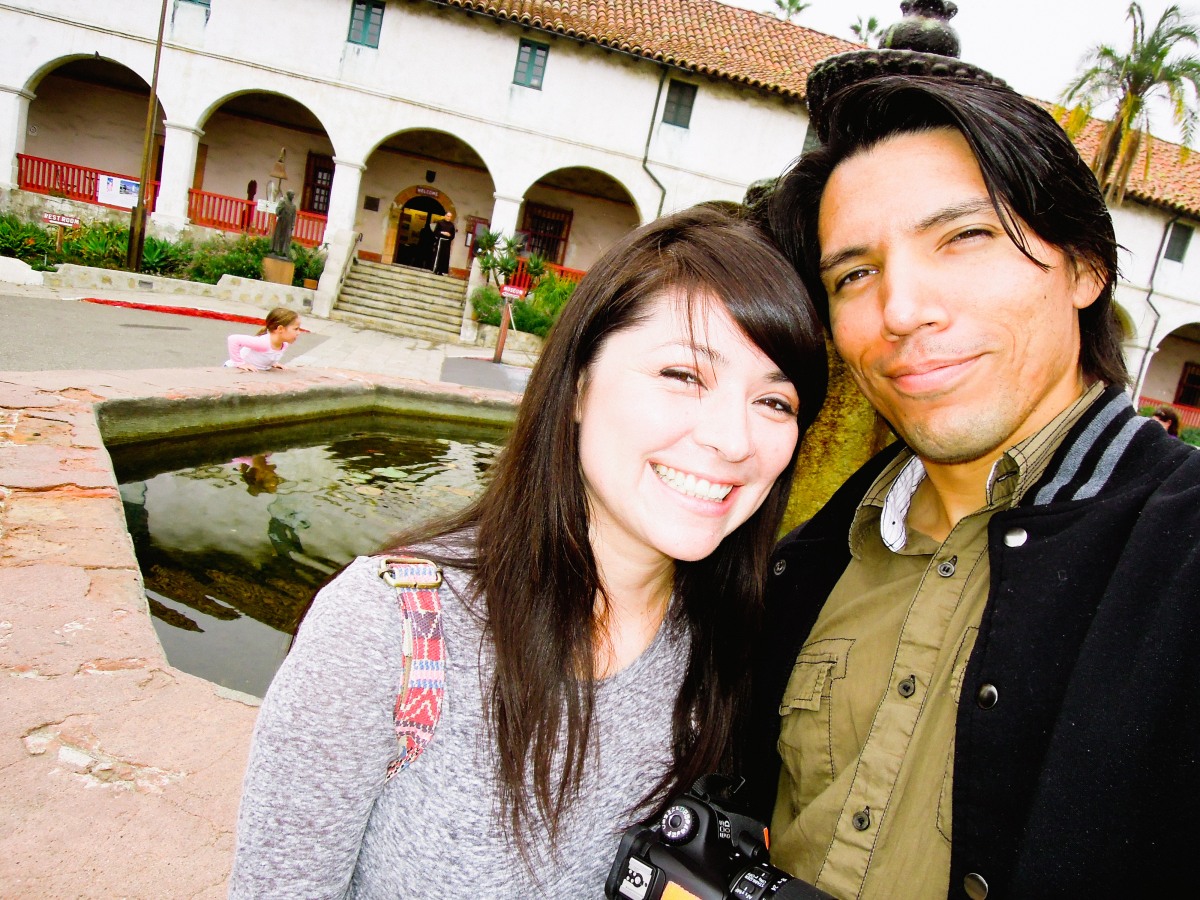 The first thing I did when I got settled in to Santa Barbara was Google, “local crime in Santa Barbara.” The place felt peaceful and perfect which left me uneasy. Everyone in town seem to be wealthy and not afraid to walk around late at night. The only thing I read was reports of thief, so I was sure to hide anything expensive. Of course I was being silly, most people who live here are working professionals who have money to buy thing and not steal them. haha.

Since Gus had to work, I walked around downtown and discovered all the action while he was away. The best part of travel is the adventure of discovery. Downtown had a local tram that was super cheap to use. I did notice the architectural of the local buildings was very similar to the Santa Barbara mission which was beautiful.

It was nice walking around alone, I was able to spot some things I would have missed if I was with someone. Although by the end of the night, I was bored and couldn’t wait for Gus to return. So much for being an independent woman!

I’ve always wanted to see the famous missions in California myself. It was a great excuse to take my time to travel up north.